Signal Group, the UK gas analyser manufacturer, has seen a growth in demand for reference-grade analysers that are able to differentiate between total VOCs (volatile organic compounds) and Non-Methane VOCs (NMVOCs). “This demand is largely driven by domestic regulatory requirements, where countries are seeking to control emissions of both pollutants and gases that impact climate change,” explains Signal’s Stephane Canadas. “NMVOCs are important pollutants whereas methane is a major Greenhouse Gas, which is why the differentiation is often necessary.”

For decades Signal Group has manufactured analysers with dual Flame Ionisation Detectors (FIDs), so that total VOCs and NMVOCs can be monitored simultaneously. In addition, the company has also developed a ‘non-methane cutter’ so that methane can be measured in isolation.

Methane is a VOC and contributes to ozone formation on a global scale rather than in local photochemical smog episodes. Methane is also non-toxic, so it is often excluded from pollution measurements. Nevertheless, methane is a major concern with regard to climate change, because it is a powerful greenhouse gas, with a global warming potential 72 times greater than carbon dioxide over a 20-year period. Furthermore, atmospheric methane concentrations have increased by around 150% since 1750.

NMVOCs are organic compounds that differ significantly in their chemical composition but display similar behaviour in the atmosphere. NMVOCs are emitted from a large number of sources including combustion activities, solvent use and production processes. However, biogenic NMVOCs are also emitted by vegetation. The measurement of total NMVOC emissions provides an indicator of the emissions of the most hazardous NMVOCs.

Volatile organic compounds (VOCs) are significant air pollutants because they act as precursors to tropospheric (ground level) ozone and secondary organic aerosols (particulate matter), both of which represent significant health hazards. In recent decades, many countries have successfully reduced emissions from road vehicles and other evaporative losses of VOCs from fuels (including natural gas) during their production and distribution. However, further reductions in VOC emissions are required for countries to meet their obligations under the National Emission Reduction Commitments Directive (by 2030) and the UNECE’s Convention on Long-range Transboundary Air Pollution. In addition, many countries around the world have implemented domestic regulations with requirements to monitor and control emissions of NMVOCs.

In many countries NMVOC emissions have declined in recent decades as a result of a number of factors. Vehicle catalytic converters have reduced exhaust emissions, and carbon canisters on petrol cars have controlled evaporative emissions. These reductions have been driven by tighter vehicle emission standards, combined with limits on the maximum volatility of petrol. Reductions have also occurred in sectors where solvents are used in industrial processes, or where solvents form a component of the final product – paints, coatings, adhesives and cleaning chemicals for example.

Monitoring has of course played a vital role in helping to reduce emissions of NMVOCs. In 1980 Signal Group delivered its first dual detector FID gas analyser to the Warren Spring Laboratory, which was then part of the UK government’s Department of Industry. In those days, Signal worked closely with the Royal Aircraft Establishment and the National Gas Turbine Establishment; both of which contributed to the design of the dual detector FID and a methane cutter. The cutter contained a catalyst which oxidised all VOCs except methane, so a dual FID instrument was able to continuously subtract one reading from the other in order to derive NMVOC readings.

In the early years some customers preferred a single detector which alternately switched the sample through the cutter for a period of time and took the reading to a ‘sample and hold’ circuit and then switched the sample to bypass the cutter; sending the sample directly to the detector. The ‘sample and hold’ circuit continuously held the last readings in both modes and allowed the subtraction of methane from total VOC to provide the NMVOC result. There are obvious disadvantages with this method if the sample concentration is changing rapidly.

Over the last 40 years, advances in electronics and instrument design have enabled Signal Group to further develop its range of VOC analysers. Stephane says: “The main areas of improvement were stability, ease of use, accuracy and reliability. However, the fundamental principles of operation behind the FID analysers and the cutters remain very similar.”

The FIDs are extremely stable because the flow of fuel, air and sample are very accurately controlled with proportional electronic flow controllers. In addition, the stability of the electronic amplifiers has advanced enormously. Potential errors due to range-switching are nullified because these instruments are now able to remain in one range thanks to a 32-bit microprocessor and a built-in algorithm which ensures that both detectors align during the calibration of the dual analyser.

Commenting on the company’s latest development, Stephane Canadas says: “Our new Series 4 analysers are possibly the company’s most innovative yet because they are available with a detachable tablet instead of the traditional built-in screen.

“This means that customers will no longer have to manage their analysers, while standing, sitting or squeezing into inconvenient or even hazardous locations; now they will be able to operate their equipment wirelessly from a convenient location nearby, using the instrument’s built-in Wi-Fi.”

In addition to wireless connectivity between the analyser and the tablet, all Series 4 instruments are supplied with software providing secure access via RS232 or Ethernet at any time, from anywhere. “This remote connectivity means that users can configure, calibrate and monitor their analysers from anywhere and at any time, whether they need to measure total VOCs, NMVOCs or both.” Stephane explains. “The growth in demand for analysers that can differentiate between NMVOCs and methane can be explained by the need to use a reliable reference method to undertake measurements without the high cost and complication associated with analytical technologies that are able to speciate individual VOCs.”

Alkali Environmental Ltd – UKPaul Adamsczyk
Read More
We sent our 821 to you last week for an emergency repair and you got it back to us in 22 hours. I'd like to pass on my thanks to Roy Kinslow and the team for providing an incredible service. 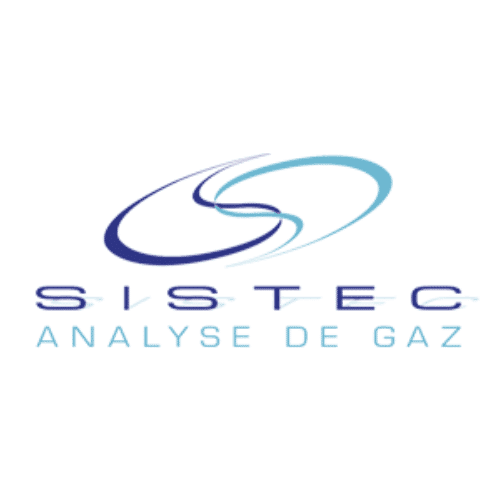 Sistec - FranceSerge Reynauld
Read More
We left yesterday evening with the analyzer which was working, calibrated in xylene, the 4-20 mA signal operational, the customer is satisfied and pointed out to us that he was pleasantly surprised by the support you gave us in live. 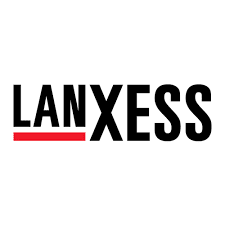 Lanxess Urethanes UK LimitedJohn Davidson, Senior Analytical Chemist,
Read More
The Signal [FID] instruments are rugged, accurate and reliable, and we are obviously delighted that they have provided so many years of reliable service. To maintain this high level of performance, the instruments’ linearity is checked annually and Signal services the instruments twice a year

Sistec - FranceSerge Reynauld
Read More
Our customer purchased Signal Group’s latest fixed, heated FID, the S4 SOLAR, and we needed a little help with setup and commissioning because the customer wanted to calibrate his device with a special gas rather than propane. We therefore contacted Signal and they were able to log into the analyser remotely and quickly changed the analyser settings. Following this amendment, the analyser was operational in no time. As a result, the customer was delighted and said that Signal’s remote diagnostic capability was a very pleasant surprise! 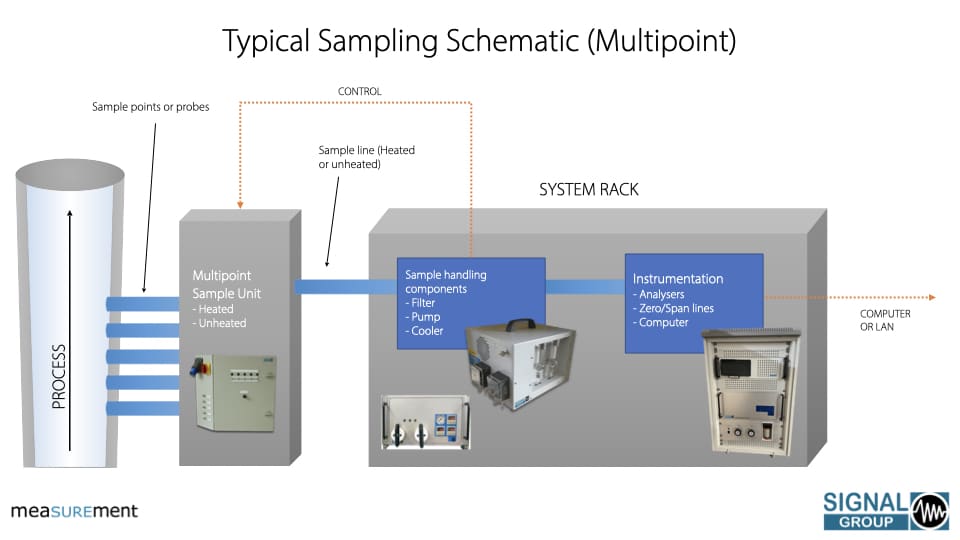 There are two main options for gas analysis in industrial processes or emissions; the analyser can be located inside the gas stream (in-situ), or a

Demonstrating environmental compliance for over 24 years 

In order to demonstrate compliance with environmental regulations, LANXESS, a leading specialty chemicals company, has been using Signal Group Flame Ionisation detectors (FIDs) at its 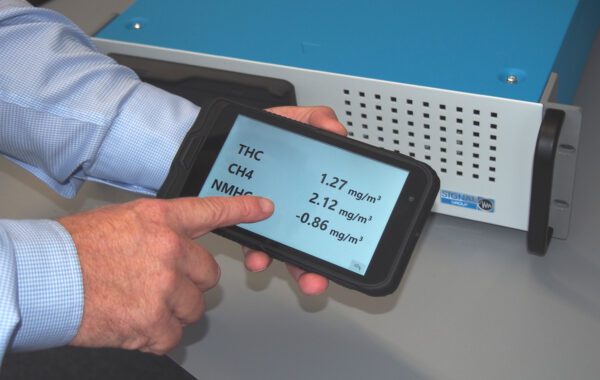 Signal Group, the UK developer and manufacturer of advanced gas analysis and calibration instrumentation, has submitted both portable and fixed VOC analysers for MCERTS

This website uses cookies to improve your experience while you navigate through the website. Out of these, the cookies that are categorized as necessary are stored on your browser as they are essential for the working of basic functionalities of the website. We also use third-party cookies that help us analyze and understand how you use this website. These cookies will be stored in your browser only with your consent. You also have the option to opt-out of these cookies. But opting out of some of these cookies may affect your browsing experience.
Necessary Always Enabled
Necessary cookies are absolutely essential for the website to function properly. These cookies ensure basic functionalities and security features of the website, anonymously.
Functional
Functional cookies help to perform certain functionalities like sharing the content of the website on social media platforms, collect feedbacks, and other third-party features.
Performance
Performance cookies are used to understand and analyze the key performance indexes of the website which helps in delivering a better user experience for the visitors.
Analytics
Analytical cookies are used to understand how visitors interact with the website. These cookies help provide information on metrics the number of visitors, bounce rate, traffic source, etc.
Advertisement
Advertisement cookies are used to provide visitors with relevant ads and marketing campaigns. These cookies track visitors across websites and collect information to provide customized ads.
Others
Other uncategorized cookies are those that are being analyzed and have not been classified into a category as yet.
SAVE & ACCEPT
×